What Can We Learn from Eddie Van Halen?

Eddie Van Halen was one of those rare artists who taught all of us – artists or not – how to be better at what we do by following three principles:

On October 6, 2020 Eddie Van Halen passed away at the age of 65. After hearing this news, I was saddened. I am not a musician, but I do love music. And Eddie Van Halen was one of my favorite musicians.

I distinctly remember the first time I heard the talents of Eddie Van Halen. It was spring, 1978. I was 15, hanging out at a neighborhood friend’s house with a group of other teenagers. At some point, my friend announced that he wanted to play an album (these were the days of vinyl records and turntables) that had just been released by a new band called Van Halen. The first song on this band’s debut album was “Runnin’ With The Devil,” and when this song blasted out of the stereo speakers, I was amazed and blown away. It was a distinctive guitar sound and a combination of hard rock and rebellious lyrics. From that point until now, I have been a huge Van Halen fan. One of the most memorable entertainment events of my life remains the time I had the opportunity to score a front-row seat to watch Eddie Van Halen and his band perform live in 2004 in Greensboro, NC (but that’s another story for another day).

Most people remember Eddie Van Halen for his guitar skills. Rightly so, he was one of the greatest lead guitarists ever in a rock-and-roll band. The rock-and-roll moniker “guitar god” may fit Eddie more than any other guitarist of his time. His ability to make a guitar sound unique, and to play it in ways it had not been played before, inspired countless young men and women to pick up the instrument in hopes of learning. Every guitar student wanted to learn how to play an Eddie Van Halen song (usually “Eruption”) and he was - and still is - an inspiration to both guitar novices and masters.

While Eddie Van Halen was both a great musician and an inspiration to other musicians, there are aspects to his life story that can serve as a lesson to those of us who are not musicians, but who spend our days in more traditional forms of work and business. When we take a deeper look into Eddie Van Halen’s career, we find that his work embodied specific traits necessary for any individual or organization who wants to succeed at a high level. He was one of those rare artists who taught all of us, artists or not, how to be better at what we do.

Eddie Van Halen loved to play the guitar. If he had not become a lead guitarist for one of the biggest bands in the world, there’s no doubt he would have still spent his career and made a living by playing the guitar. But Eddie was not just any guitarist; he was a great guitarist, and it was his love of playing that allowed him to achieve that level of success. When we love what we do, and when we find great satisfaction in a skill, a talent or an environment, it’s hard not to succeed. It is the love and passion for our work that drives us to become better and gives us the optimism and fortitude to move forward in the face of difficulties. Certainly, every individual talent or skill set may not be easily translated into a profitable or successful career. But the importance of enjoyment in your career or work cannot be understated. Those who love being with others should find a career working with people. If your passion is being outdoors, seek opportunities that take you outside on a consistent basis. If sales excite you, it doesn’t necessarily matter what you sell as long as you are selling. It’s obvious Eddie Van Halen possessed a high level of natural musical talent, but it was his love of playing that allowed him to channel his focus and energy into being the best and succeeding at the highest level.

Eddie Van Halen was an innovator. From his early teenage years through the remainder of his life, he continuously searched for new ways to create different sounds from his instruments. There are numerous stories about the guitars he tore apart to build new ones, the modifications he made to equipment such as amps and pedals, and how he constantly tinkered and tried new things to create unique sounds within his music. He even received two patents for his inventions. Many of his experiments and innovations were made by him working alone, with no certainty if an idea would result in success or failure. And while a number of his ideas occurred when he was just starting out, many more were created after he had realized tremendous success.  From a business and career perspective, innovation and continuous improvement make a significant impact on how we sell a product, deliver a service, or if we find continual success within our work and careers. Great careers and the best companies are the result of constant experimentation, continual innovation, and rejecting the acceptance of defined norms. Eddie Van Halen’s long and successful career was a direct result of his desire to create something better than what presently exists. For those of us who do not make our living as an artist or musician, it is equally important that we shun complacency and embrace the spirit of innovation and continual improvement. While we may throw away a few proverbial guitars in the process, we will never improve otherwise.

“To hell with the rules. If it sounds right, then it is.” Eddie Van Halen

Eddie Van Halen understood the necessity and importance of change. His band remained relevant, creating new music and playing sold-out shows, for almost 40 years. No band, organization or company exists for that long without undergoing and accepting change. Over his career, Eddie’s music evolved. He was not afraid to experiment with his sound and the product he provided his audience. In the mid-1980s, after lead singer David Lee Roth left the band, Van Halen recruited Sammy Hagar as lead singer. In their first subsequent album, Van Halen’s music had a different sound. Many critics and fans said the band had abandoned their hard-rocking roots and long-time base, and predicted the album and the band would eventually fail. But the four albums ultimately produced under the Sammy Hagar era combined to sell over 27 million copies, a staggering number. Furthermore, the band continued to perform live, selling out shows around the world, while playing a mixture of both older and new music until just a few short years before Eddie’s death. This success was not by accident. Eddie believed in himself and his ability to discern good music. He refused to live in the past and hold on to a product that had been relevant years before simply because it was safe. Change is difficult and elicits a high level of uncertainty. But change is necessary for long-term success. Business entities and professionals must continually evaluate their offerings, gauge what their customers need or desire, and make the difficult decisions necessary to remain relevant. As a Van Halen fan, I love the music they first released when I was a teenager. But I equally love the music they released after I graduated from college, and I appreciate their ability to create both at the right times.

Eddie Van Halen was a great musician and an amazing guitarist. But he is unique for more than just his ability to play lead guitar in a rock-and-roll band.

Brian T. King is the founder/owner of multiple businesses encompassing design, construction, real estate and manufacturing. A well-respected construction industry CEO, Brian enjoys offering guidance to young professionals, rising managers and entrepreneurs on a variety of topics – from personal and professional growth, to work/life balance – through his bi-weekly blog, national podcasts, and speaking engagements around the country.

Whether the reviewer or reviewee, very few people enjoy annual performance reviews – and they are proven to be ineffective. So, what’s the alternative? 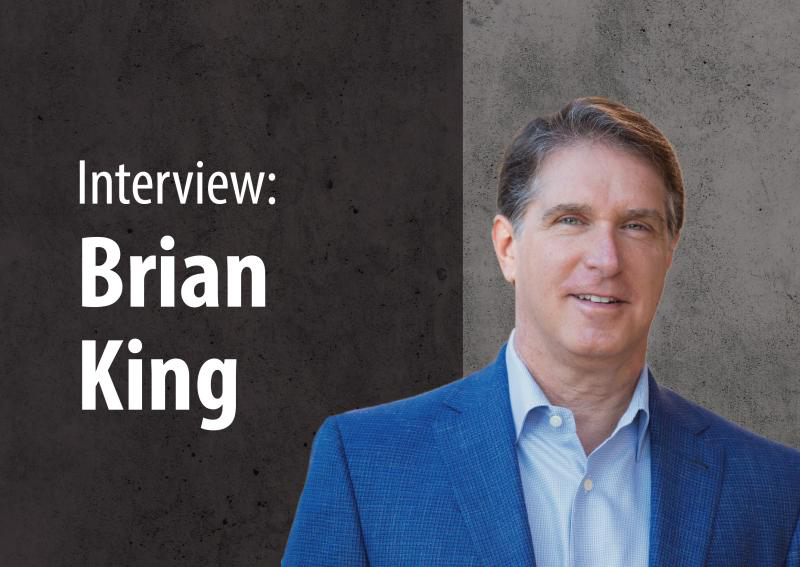 Brian lets his entrepreneurial spirit shine through as he talks about his career history and more with Randy Wilburn, host of The Zweig Letter Podcast.

Read More
In the Press 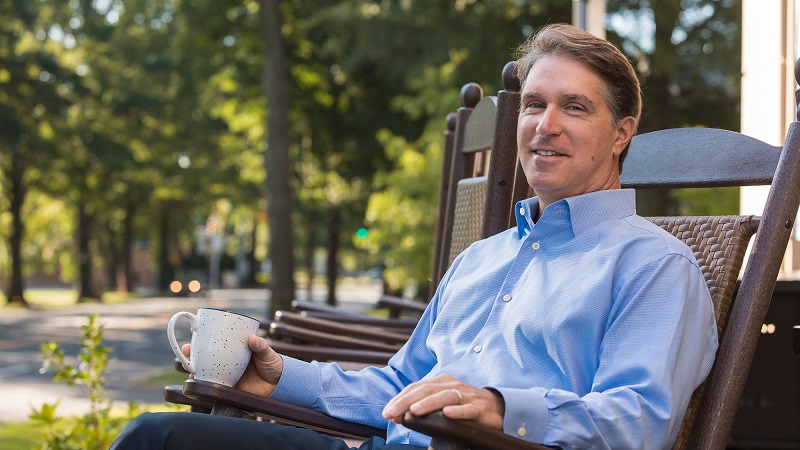 Brian recalls how a cliché phrase made a lasting impression on him years ago when a supplier replied, “Brian, it’s just business. It’s not personal.”

Stay in the Know

Want to stay up-to-date with my latest blog posts and news right in your mailbox? Subscribe to my insights and I’ll keep you in the know.

Thank you! Your submission has been received!
Oops! Something went wrong while submitting the form.